Day 2 aboard the Finest Kind

It was slick cam off of Guatemala today with tons of free jumping sails. They were very noncommittal for the fly guys. They would pull the long digger out of the pin then leave. Some would follow the teaser about a 1/3 if the way in and fade off. Our mates tried everything known to mankind and we even made some shit up. There was no let up in their drive to get us fish.

It was not all blanks mid morning we had a double charge the spread and Don hooked one sail and we tried to complete the double. The second sail had every intention of eating the fly until 25 pound Dorado took a swipe at the fly and missed giving the sail second thoughts. At least we captured the first sail.

Persistence pays off later in the afternoon a triple sailed in and Tony hooked one and got a release. From the looks of things around us the bait crowd was having an ok day.

We ended up having two bites and caught both of them. Great percentage just wish we would had more swings. 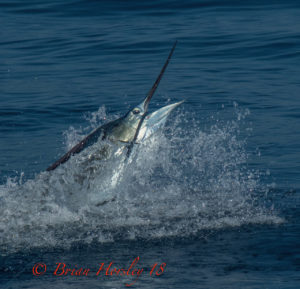 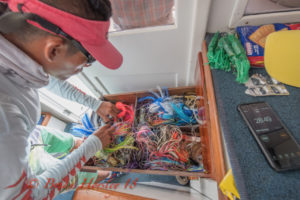 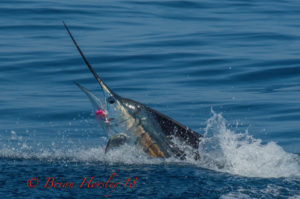 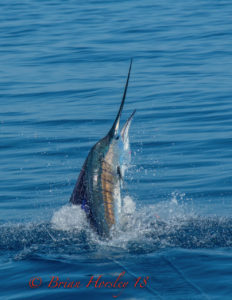