Flat Out/ FlyGirl report from June 29th. The ocean was finally calm enough to enjoy. plenty of ribbonfish to go around both on fly and spin.

Flat Out was chumming and catching ribbonfish on fly when a pair of cobia swam in. They both swam out with sore lips. Ben tossed a fly and the bigger one ate. Nice fish around 40 pounds which Ben which he landed on 16 tippet. They wanted to release the fish so while I was trying to get a boga on it lips and the tippet parted so no pictures. His dad Peter caught the other one on a bucktail.
Sarah crew had great ribbonfishing.

The after noon was gear time and plenty of ribbons for both crews. Fly Girl was surprised by a 100+ pound bull shark. Which they caught and released.

Have you ever seen. spotted cobia 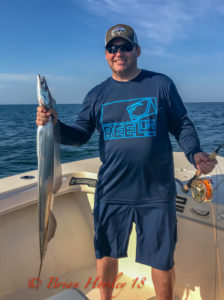 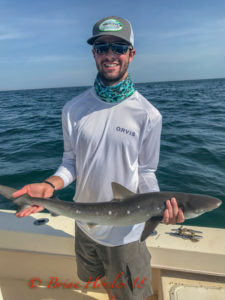 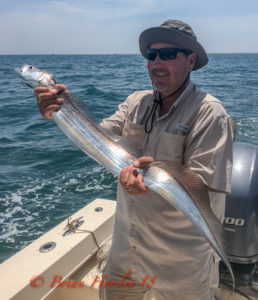