November 18th report
Plenty of albies this am eating spearing in off colored water. They were tough but plenty of them. As soon as the tide quit so did the albies. We ended up almost 30 miles west on a tip from another guide. Not what we expected. I thought albies but was wrong. Big school of black drum slowly moving on top pushing a wake. They were quite agreeable–never spooked. Not aggressive eats but you could see them chase the fly and the jigs. They were large–three of them bottomed out my 60 pound Boga Grip. I know almost nothing about heir habits as this is the first time we have caught them. Spawning aggregate ??? don’t know 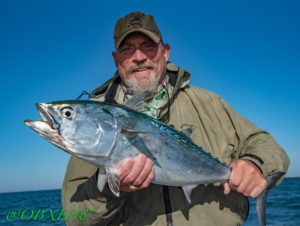 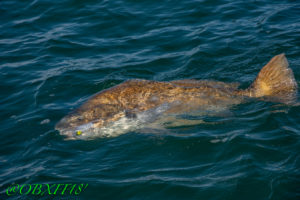 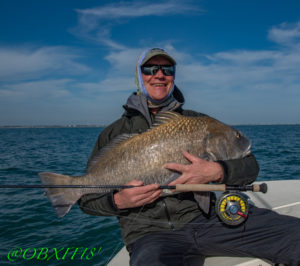 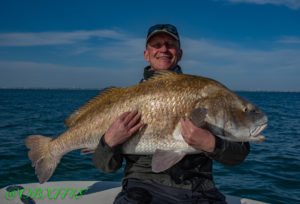 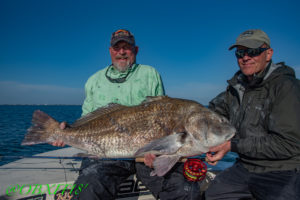