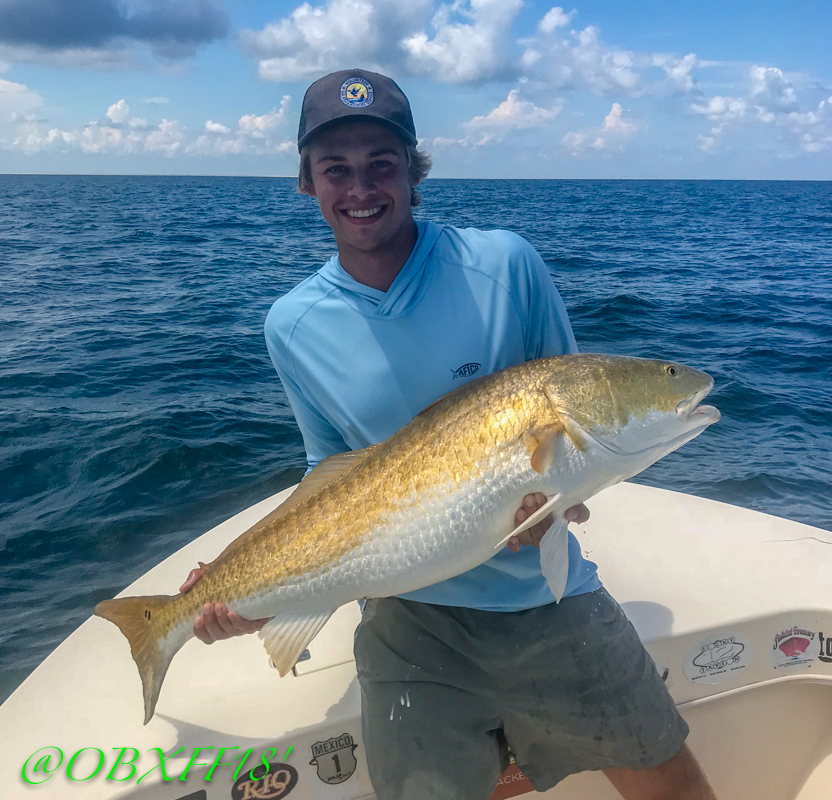 August 10th is was slick cam and the 18 to 19 mile ride south was easy.  Both boats found plenty of moonfish and some Spanish.  Sarah crew had a few flip flop mahi and an albie or two on fly.

August 11th was another pretty day in the ocean. After a 20 mile ride south we found nothing like yesterday.  There were pods of albies up and down and few Spanish around but almost no moonfish.  The difference for yesterday was there was plenty of current.  Flat Out was 23 mies south on a tide line when they blundered into a large school of moonfish.  They made his anglers happy eating flies and jigs.  Mean while Fly Girl’s angler caught Spanish and 4 albies on fly.

On the way home Flat Out crew got thrown a bone.  They saw a couple of big fish on the surface and it turned out to be a small school of old red drum.  They hooked three and landed two before the clouds moved in made visibility impossible. 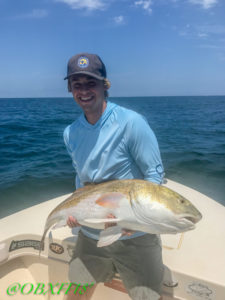 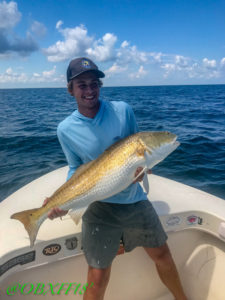